An Afternoon of Song 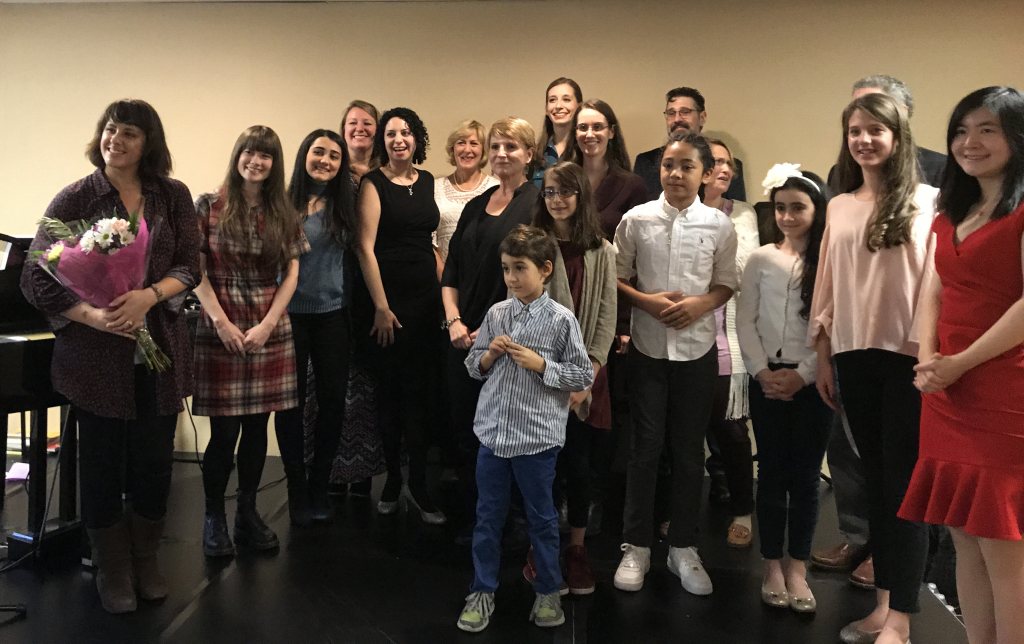 FH Residents Treated to an Afternoon of Song

During a rainy Sunday in November, the 300 residents of Flushing House were treated to ‘An Afternoon of Song,’ featuring performers from the studios of Jessy and Judy Tomsko. For just over an hour, an eclectic mix of music was played to an audience of residents, families and friends. The music ranged from Russian Folk Songs to classics such as ‘Blackbird’ by the Beatles. It even included some current pop songs and a musical number from Broadway’s hit musical, Hamilton.

‘It’s great to have the entertainment come to you,’ a Flushing House resident said, ‘especially on a day like today.’

‘I haven’t been able to go to Broadway in years,’ another said, ‘this was such a treat!’

The talented singers and musicians showcased their singing voices, guitar skills and piano playing on the Large Game Room stage. The rotating musicians provided the perfect soundtrack to a Sunday afternoon. With signs posted on video screens throughout the community, residents were eager to participate. Many came in during the performance, enticed by the music they heard throughout the hallways.

Highlights included ‘Wings,’ an original song written and performed by Michael Berrevoets, ‘Way Too Good at Goodbyes,’ a Sam Smith song performed by Lilly Alaimo and a duet cover of ‘In His Eyes,’ from Jekyll & Hyde performed by Lucy Locke and Cindy Migliaccio.