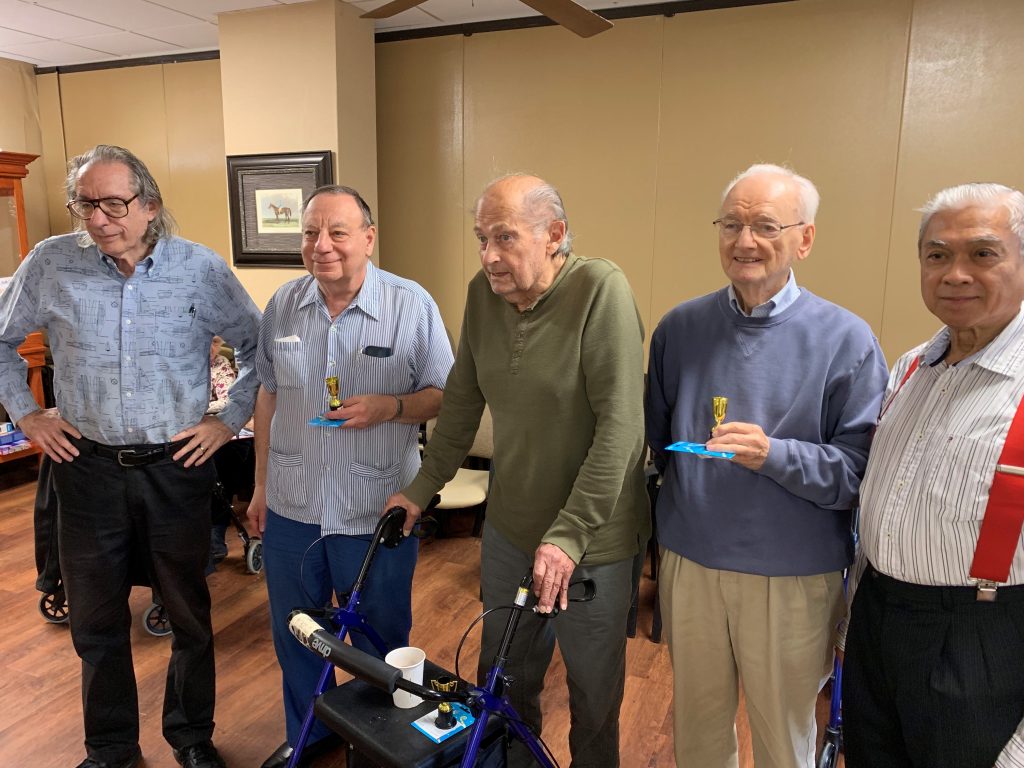 The residents of Flushing House, an Independent Living community located in the heart of Queens, were treated to a special Chess Exhibition led by Asa Hoffmann. Mr. Hoffman is a FIDE Master in chess, as well as a chess teacher and author. He was portrayed in the movie Searching for Bobby Fischer by actor Austin Pendleton. Mr. Hoffman took on over 40 challengers from Flushing House in a thrilling exhibition of skill and endurance.

Chess provides the aging population with a hobby that offers socialization. An increase in socialization later in life decreases the risk of depression and strengthens the overall emotional health of an individual. Chess also stimulates the brain, strengthening the mental capacity of its players which helps with information retention.

Many of the participating residents have played chess in their lifetime but few played regularly. The exhibition has sparked a new wave of interest into the activity and simultaneous chess matches are now common place in the Activity Room of Flushing House. The addition of chess into a daily or weekly routine helps improve the plasticity of aging brains. Just like our muscles, the brain weakens if it is not regularly used and challenged. Playing games like chess actively engages the brain and has been shown to strengthen logical reasoning and problem solving among the aging population.

As the exhibition went on, Asa Hoffman faced many formidable opponents but one proved to be tougher than the rest. Flushing House resident, Leonard Dzen, confidentially sat down for his turn eventually defeating the chess legend at his own game. The excited crowd erupted as Leonard made his winning move. It was an encouraging moment for the whole community who is still buzzing about the victory weeks later.

The Flushing House Chess exhibition was created by residents of Flushing House as a way to introduce the game to new players and form relationships among current players. The community of over 300 residents has a full daily activity schedule that keeps residents active and on the go. For more photos of Flushing House events, follow them on Instagram and Facebook!