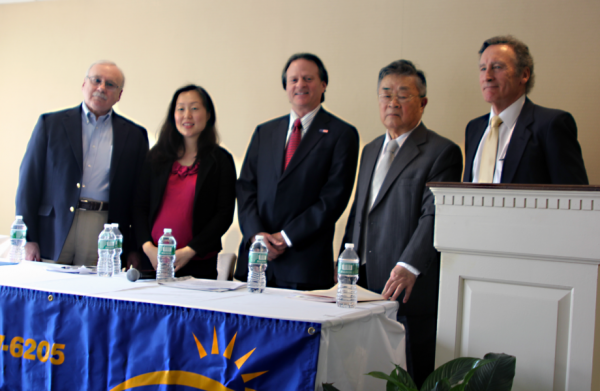 Flushing House hosted a press conference sponsored by Queens civic and business groups, regarding the future of the borough’s economy. The conference took place on Thursday, March 24, 2016, from 11:00 a.m. to 1:00 p.m., and was held at Flushing House, 38-20 Bowne Street, Flushing, NY 11354.

Sponsors included the Queens Civic Congress, MinKwon, Korean Times, New York Women’s Chamber of Commerce, Korean American Small Business Service Center, plus several arts and business groups as co-sponsors. The purpose was to raise awareness of the serious plight of Queens small business owners and their employees. Queens elected officials were invited to attend and report on what actions they can take to stop the rapidly escalating closing of long-established businesses, caused by sky-high rent increases.